The Sodomy of Morality (CRUNCH119) 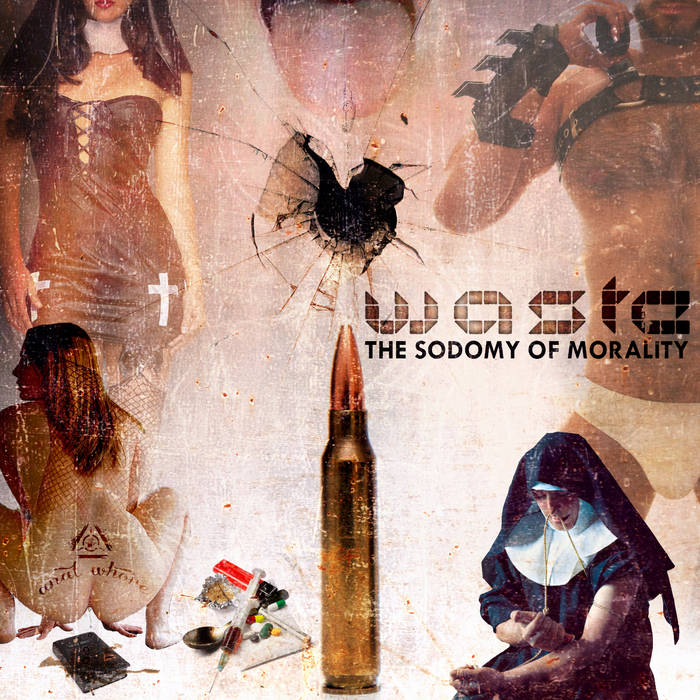 emanondj Music to crush your talus while stomping into a hate filled oblivion.
Got some creepy G.G.F.H. -vibes out of the samples on this record, which is a rare and a good thing. Favorite track: With No Head.

howard7000 WASTE doing what they do best, a nice mixture of atmospheric racks and really brutal ones. Some danceable beats and alos parts which sound like they could be in a film soundtrack. Excellent album! Favorite track: Seeing Red.

Elijah Hennig WASTE is at it again with another sonic assault on your senses! I've always loved this project from the beginning and this album is no exception! >:D

With calculated force and beautifully brutal orchestrations, W.A.S.T.E. returns with their new full-length album “The Sodomy of Morality”. Blending in their established heavy and meticulous rhythms with a new facet of melodic soundscapes that are as aggressive as they are enticing. This powerful release is unrelenting and doesn’t let up from the first track to the last. Weaving a landscape of their trademark misanthropic concepts with a keen look into the depravities of the human condition. Dabbling in the macabre and horror with a refreshingly thoughtful scope for the cinematic nods within each track.

Going on well over 15 years, W.A.S.T.E. is a formidable force in the underground rhythmic noise industrial scene. Led by Shane Englefield aka Vuxnut with stage and studio member Tyler Viscerine of To Mega Therion, W.A.S.T.E. has established itself as a prevalent entity not only in the clubs and on the dance floor but in the heads and minds of all those who have been lucky enough to witness their unforgettable and brutality filled energetic live performances.

Design and Artwork by Art|Ma