Absence: Into The Ether and The Void (CRUNCH112) 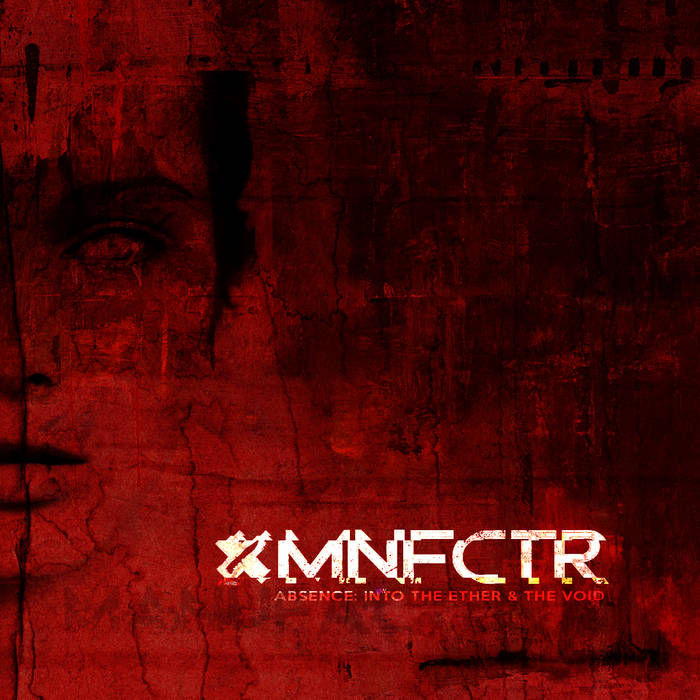 THANK YOU to all of you that have supported my work over the years, that have bought my music either through Crunch Pod or Auricle Media. It is because of you that I'm now able to share this new body of work with you.

Dedicated to the memory of Leonard Cohen, David Bowie, Jim Carroll & Lou Reed. All were hugely influential in my life and art, and all died during the span of these recordings.

When body, mind, heart and soul have been ravaged beyond comprehension, a profound warm darkness sets in and permeates time, space, energy and matter. Everything means nothing, all is both lost and gained. Minutes become years and decades become seconds. A drop of water might hold the answers; the universe dissipates like smoke through fire. A dream is a lifetime lived in parallel worlds. Eros & Thanatos, Pacanchique & Idacansás.

Colombian producer, gypsy and recluse known as Karloz.M returns once again under the moniker of Manufactura, the now infamous, obscure underground cult-like project of various dark electronic subcultures to offer up the project’s 8th album titled "Absence: Into The Ether and The Void".

"Absence: Into The Ether and The Void" moves further into different elements of darkness and madness, blending genres, styles and techniques under the familiar dark cloud that Manufactura has now developed a reputation for, over several years.

All songs written & produced by Karloz.M

Layout and Design by Art|Ma


for more info on Manufactura:

On your knees
or on your way

Flesh for money
Flash for fame

a heathens dream
a sinners love
Track Name: Graceless Fantasy
it's the end of grace
and it's written all over your face
your actions are hard
to explain
as you struggle to make out the words

you're so predictable
you're so easy to read

I thought you had a stronger game

you're forever lost
Track Name: The Poisoned Thorn
You wandered into my heart
by some tragic mistake
you'll find the love you seek
comes with a heavy price

We’re parasites in paradise
And paradise is filled with lies

We’re parasites in paradise
And paradise is filled with lies

you're a predator in motion
searching for devotion
lost without emotion
in and endless empty ocean
Track Name: The foreshadowing of their own mortality (MNFCTR & STEVEN WARD)
I set a course
to unending darkness
yet there still persists
a very dim light

The enticement of words
the ravage of hearts

we're caught in a vice
in the slaughter of time

eradicate thoughts
of the memoirs of skin

with a noose or the dagger
the desire for murder

what is real?
the swiftness of lies
or the venom of lust

but the soul
never dies

dance with me
slowly
till the end
Track Name: Abysmal Oblivion
Begin to understand
by the wounded hand
that sets hearts to purpose
through reverence
and solitude
with greed and avarice
as they deride desire
expressed by simple gestures
like children bound
by the fire
and blind
to deceit